The Benjamin H. Griswold III, Class of 1933, Center for Economic Policy Studies fosters communication among members of the academic, business, and government communities. The Griswold Center for Economic Policy Studies (GCEPS) welcomes several short-term visitors during the academic year to the Department of Economics. Visitors are on campus for a few days up to a full week and participate in research activities in the department, present a seminar, offer a public talk and student round-table and are available to meet with faculty, and graduate and undergraduate students on an individual basis. 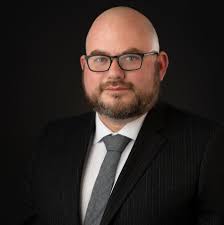 Matthew Yglesias writes the “Slow Boring” blog and newsletter, and is the co-founder and former senior correspondent for Vox. He also is a regular contributor to NPR’s All Things Considered and hosted the political podcast “The Weeds.” Prior to Vox, he was a columnist for Slate, a senior fellow at the Center for American Progress, and wrote for The American Prospect and The Atlantic. He is the author of  Heads in the Sand: How the Republicans Screw Up Foreign Policy and Foreign Policy Screws Up the Democrats (2008), The Rent Is Too Damn High: What To Do About It, And Why It Matters More Than You Think (2012) and, most recently, One Billion Americans: The Case for Thinking Bigger (2020): “If the most challenging crisis in living memory has shown us anything, it’s that America has lost the will and the means to lead. We can’t compete with the huge population clusters of the global marketplace by keeping our population static or letting it diminish, or with our crumbling transit and unaffordable housing. The winner in the future world is going to have more—more ideas, more ambition, more utilization of resources, more people.” Yglesias holds a BA in philosophy from Harvard University. 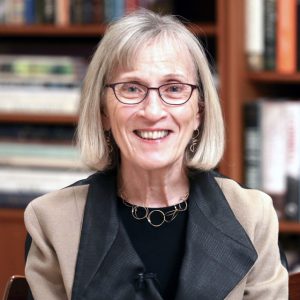 is the Henry Lee Professor of Economics at Harvard University and was the director of the NBER’s Development of the American Economy program from 1989 to 2017. She is a co-director of the NBER’s Gender in the Economy Study Group. An economic historian and a labor economist, Goldin’s research covers a wide range of topics, including the female labor force, the gender gap in earnings, income inequality, technological change, education, and immigration. Most of her research interprets the present through the lens of the past and explores the origins of current issues of concern. Her most recent book is Career & Family: Women’s Century-Long Journey toward Equity (Princeton University Press, 2021). She is the author and editor of several books, among them Understanding the Gender Gap: An Economic History of American Women (1990), The Regulated Economy: A Historical Approach to Political Economy (with G. Libecap, 1994), The Defining Moment: The Great Depression and the American Economy in the Twentieth Century (with M. Bordo and E. White, 1998), Corruption and Reform: Lesson’s from America’s Economic History (with E. Glaeser, 2006), and Women Working Longer: Increased Employment at Older Ages (with L. Katz, 2018). Her book The Race between Education and Technology (with L. Katz; 2008, 2010) was the winner of the 2008 R.R. Hawkins Award for the most outstanding scholarly work in all disciplines of the arts and sciences. Goldin is best known for her historical work on women in the US economy. Her most influential papers in that area have concerned the history of women’s quest for career and family, coeducation in higher education, the impact of the “Pill” on women’s career and marriage decisions, women’s surnames after marriage as a social indicator, the reasons why women are now the majority of undergraduates, and the new lifecycle of women’s employment. Goldin received her BA from Cornell University and her PhD from the University of Chicago. 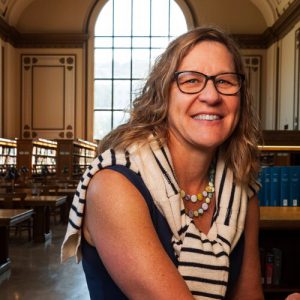 is a professor of economics and public policy and holds the Haas Distinguished Chair in Economic Disparities at the University of California, Berkeley, where she also co-directs the Berkeley Opportunity Lab. Her research focuses on poverty, inequality, food and nutrition programs, and the impacts of government tax and transfer programs on low income families. She is a member of the American Academy of Arts and Sciences, the National Academy of Social Insurance, and a fellow of the Society of Labor Economists. She has served as co-editor of the American Economic Review and the American Economic Journal: Economic Policy. She currently serves on the National Academy of Sciences Committee on Building an Agenda to Reduce the Number of Children in Poverty by Half in 10 Years. Previously, she was a member of the American Economic Association’s Executive Committee and the Federal Commission on Evidence-Based Policy Making. In 2014, she received the Carolyn Shaw Bell Award from the Committee on the Status of Women in the Economics Profession of the American Economic Association. Hoynes received her undergraduate degree in economics and mathematics from Colby College and her PhD in economics from Stanford University. 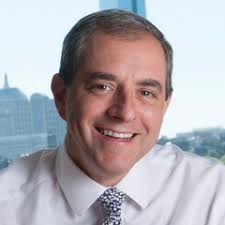 is the Ford Professor of Economics and associate head of the economics department at Massachusetts Institute of Technology (MIT). He also serves as co-director of the NBER Labor Studies Program; and co-leader of both the MIT Work of the Future Task Force and the Abdul Latif Jameel Poverty Action Lab (J-PAL) North America Work of the Future Initiative. His scholarship explores the labor-market impacts of technological change and globalization on job polarization, skill demands, earnings levels and inequality, and electoral outcomes. He has received numerous awards, including the National Science Foundation CAREER Award, an Alfred P. Sloan Foundation Fellowship, the Sherwin Rosen Prize for outstanding contributions to the field of Labor Economics, and the Andrew Carnegie Fellowship. Autor was recognized by Bloomberg as one of the 50 people who defined global business in 2017. He received a special award commemorating the 25th Heinz Awards Anniversary in 2020: “For transforming our understanding of how globalization and technological change are impacting jobs and earning prospects for American workers.” Autor received his BA from Tufts University in psychology (concentration in computer science) and his PhD in public policy from the John F. Kennedy School of Government at Harvard University.

is the Class of 1950 Professor of Economics at the University of California, Berkeley, and director of the Center for Labor Economics and the Econometric Lab. Before joining Berkeley he taught at University of Chicago in 1982‐83 and Princeton University from 1983 to 1996. He has held visiting appointments at Columbia University, Harvard University, UCLA, and the Center for Advanced Study in the Behavioral Sciences. From 2012 to 2017 he was director of the Labor Studies Program at the National Bureau of Economic Research. Card’s research interests include wage determination, education, inequality, immigration, and gender‐related issues. He co‐authored the 1995 book Myth and Measurement: The New Economics of the Minimum Wage, co‐edited eight additional titles, and has published over 100 journal articles and book chapters. In 1995, he received the American Economic Association’s John Bates Clark Prize, which is awarded to the economist under 40 whose work is judged to have made the most significant contribution to the field. He was president of the AEA in 2021 and co‐recipient of the Nobel Memorial Prize in Economics in 2021. 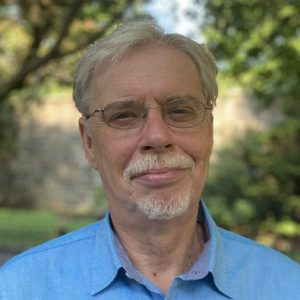 is deputy director of the Fiscal Affairs Department of the International Monetary Fund, where he was previously head of the Tax Policy and Tax Coordination divisions. Before joining the Fund, he was Professor of Economics at the University of Essex and visiting Professor at Kyoto University. He has led technical assistance missions to nearly thirty countries on a wide range of issues in tax policy, and consulted for the World Bank, European Commission, and the private sector. He has served on the Board of the National Tax Association in the U.S., and on the editorial boards of American Economic Journal: Economic Policy, International Tax and Public Finance (of which he was joint founder), Journal of Public Economics, the Review of Economic Studies and many other journals. He is co-author of books on The Modern VAT, the Taxation of Petroleum and Minerals, and Changing Customs. 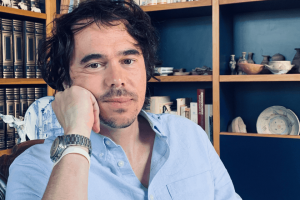 is the James Westfall Thompson Professor of US History, Fundamentals, Social Thought, and the College at the University of Chicago. Levy is a historian of economic life and of the United States, with interests in the relationships among business history, political economy, legal history, and the history of ideas and culture. He most recently completed the book Ages of American Capitalism: A History of the United States (Random House, 2021), which is a history of American economic life from British colonial settlement through the Great Recession. Much of his recent research has sought to place investment at the center of economic history and theory, and, relatedly, to contribute towards the creation of a “Keynesian” paradigm in economic history. He is currently working on three projects. The first is a book, The Real Economy, is an essay collection on economic theory and history, with a focus on capital, corporations, and profit. Another book, The Fetish of Liquidity, is a revised version of a series of lectures he gave at the École des hautes études en sciences sociales in 2017 on global economic history since the Great Depression. The final project is a climate history of the city of Houston in the late twentieth and early twenty-first centuries. Levy wrote a series of essays on this topic in 2019 for the Visualizing Climate and Loss Project at Harvard’s Center for History and Economics. 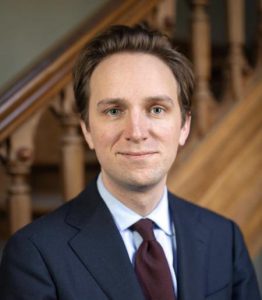 Nicholas Mulder is an assistant professor in the history department at Cornell University, in European and international history from the nineteenth century to the present. His research focuses on political, economic, and intellectual history, with particular attention to the era of the world wars between 1914 and 1945. His first book, The Economic Weapon: The Rise of Sanctions as a Tool of Modern War, appeared in January 2022 with Yale University Press. It is a history of the interwar origins of economic sanctions, showing how they reconfigured international affairs by enabling distant coercion against civilian societies in peacetime. Based on wartime blockade practices, the instrument of sanctions offered a novel way to prevent war. It became embedded in the League of Nations and national state policy, and spurred new economic interventions, as well as anti-liberal bids for autarky. The book argues that sanctions were a potent but unstable and unpredictable political tool, one whose importance to the international crisis of the 1930s and 1940s is much greater than usually assumed. 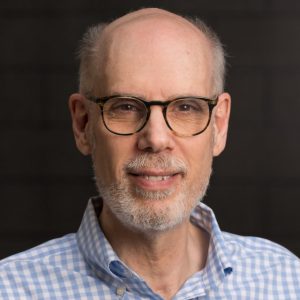 is the Paul W. McCracken Collegiate Professor of Business Economics and Public Policy at the Ross School of Business, and Professor in the Department of Economics, at the University of Michigan. He also serves as director of the Office of Tax Policy Research, an interdisciplinary research center housed at the Business School. Before coming to Michigan he was assistant professor, from 1979 to 1985 and associate professor from 1985 to 1987, at the University of Minnesota. He is co-author with Jon Bakija of Taxing Ourselves: A Citizen’s Guide to the Debate over Taxes, now in its fifth edition; with Len Burman of Taxes in America: What Everyone Needs to Know, now in its second edition; and with Christian Gillitzer of Tax Systems, published in 2014. His book with Michael Keen, Rebellion, Rascals, and Revenue: Tax Follies and Wisdom through the Ages, was published by Princeton University Press in 2021. 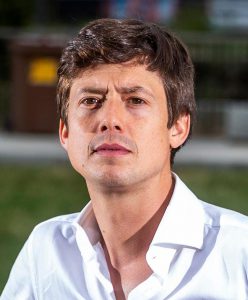 Johannes Spinnewijn is a professor of economics at the London School of Economics and Political Science. His research focuses on topics in public economics, including the design of social insurance and tax systems. Important themes in his work are the development and implementation of evidence-based frameworks to evaluate policy and the design of optimal policies when people are subject to behavioral biases. Spinnewijn is co-editor of the Journal of Public Economics and associate editor at the Review of Economic Studies and American Economic Review. He is a research fellow at the Institute for Fiscal Studies and the Center for Economic Policy Research. Prior to joining the LSE, he completed his PhD at the Massachusetts Institute of Technology.